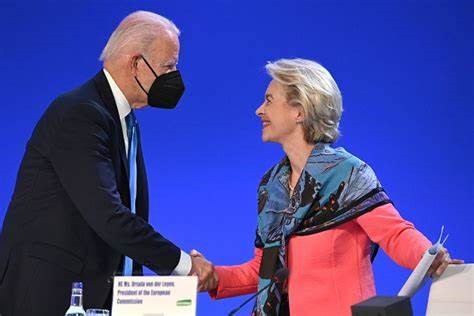 On the 25th of March 2022, the European Union and the U.S announced they had agreed ‘in principle’ to a new framework for cross-border data transfers. [1] Due to the lengthiness and the difficulty of the negotiation, this announcement came as surprise. According to President Joe Biden, ‘this framework underscored [the EU and the U.S] shared commitment to privacy, to data protection and the rule of law’. Further, the new agreement will ‘enable predictable and trustworthy data flows between the EU and US, safeguarding the privacy and civil liberties’  said European Commission President Ursula von der Leyen.

The White House[2] and the European Commission[3] have recently released a ‘fact sheet’ providing details on the Trans-Atlantic Data Privacy Framework. The key principles are the following:

This announcement is quite unexpected. Indeed, the recent ruling of the US Court allowing US authorities to withhold information on national security grounds whenever Europeans wanted to challenge how they were monitored, appeared for several commentators as a step back.

Further, with the lengthiness of the negotiation, European data protection authorities such as France, the Netherlands, and Austria started to ban local companies from moving data to the US.

This new Trans-Atlantic Data Privacy Framework aims at offering adequate protection of Europeans’ data transferred to the US, addressing the ruling of the European Court of Justice (Schrems II), safe and secure data flows, durable and reliable legal basis, and a competitive digital economy and economic cooperation. For now, the agreement will be translated into legal documents and the U.S commitments will be included in an Executive Order. This will form the basis of a draft adequacy decision by the Commission to put in place the new Trans-Atlantic Data Framework.