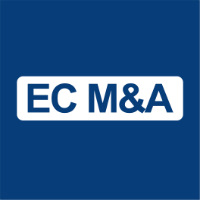 Antitrust M&A: 4 to 3 mergers might be back on the strategic table

Recently the EU’s General Court[1] overturned the decision by the European Commission that blocked a proposed merger in the mobile telecom sector in the UK that would have reduced the number of mobile operators from four to three[2].

It is open to argument that this decision means mergers that were thought to be too difficult to get merger control consent should be reconsidered.  Only five blocked mergers, including the current case, have been successfully appealed since the Merger Regulation came into effect 30 years’ ago.  The Commission will likely put in place measures to ensure similar issues are more fully considered.  Whether the issues that arose in this merger are specific to the mobile telecom sector or have broader implications for other sectors will require full analysis.  However, there might be enough to ‘dust-off’ some strategic transaction thinking to see what might now be possible.

The Commission made three arguments in its decision.

1.The Commission argued that a reduction from four to three competitors, with the merged entity becoming the leader with 40% of the market, results in a reduction of competition in a market that is oligopolistic.  In particular, the merging parties being close competitors and with one of the merging entities being an important competitive force on the market, would probably have led to an increase in prices for mobile telephony services in the UK and a restriction of choice for consumers.

2.The Commission argued there would be effects to the structure of the market, specifically to the network-sharing agreements and on the mobile network infrastructure in the UK, that would constitute a significant impediment to effective competition.  The particular fact relevant here is that the four mobile operators operate in two pairs, each pair supporting one mobile network.  This does not reduce competition but does reduce costs.  However, the merger would have meant the merging parties were members of both networks, giving them an overview not afforded to the remaining competitors.