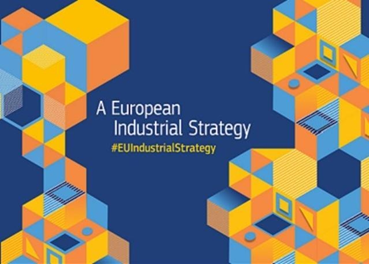 Two EU developments announced on 10 March 2020 are likely to have a material impact on the chemical industry: a review of competition rules and changes to the treatment of foreign State aid.  These should be added to the existing key influences on the chemical industry as these are usefully described by Frank Jenner, EY Global Chemical Industry Leader, in his article of 11 February 2020 ‘How chemicals companies can remain customer-centric as sectors evolve’[1].

A New industrial Strategy for Europe

Communication by the EU Commission

Evaluate, review and, if necessary, adapt EU competition rules as of 2021, including the ongoing evaluation of merger control and fitness check of State aid guidelines.’

One such influence is the UN Sustainable Development Goals, as they are expected to reshape demand across a number of industries.  Per the article, in turn this would drive chemical companies to rethink their focus areas in strategy and innovation as follows:

Overlaying those insights will be the several future actions announced, in the context of a Communication released by the Commission also on 10 March 2020, ‘A New Industrial Strategy for Europe’[2].  Two such future actions are

As the Commission notes, State aid rules ensure a level playing field within Europe, avoiding a subsidies race between EU Member States while supporting important public interest objectives. The Commission will ensure revised State aid rules are in place in 2021 in a number of priority areas, including energy and environmental aid.

In the context of the New Industrial Strategy for Europe, the EU will uphold a global level playing field.  By mid-2020, the Commission will explore how best to strengthen anti-subsidies mechanisms and tools. This will be done in a White Paper to be issued on ‘An Instrument on Foreign Subsidies’ which will address distortive effects caused by foreign subsidies within the single market. This will be followed up with a proposal for a legal instrument in 2021.

Putting this in context, to take one aspect of EU competition law, namely, merger control, to date interested parties have not been successful in their arguments in relation to State aid.  The Commission has not accepted arguments made by interested parties that one of the parties to the transaction (a non-EU entity) benefits from non-EU State aid and thus the merger creates an unfairly advantaged competitor.  As the Commission has stated, “In principle, the Commission is obliged to take into account in its merger analysis any subsidies as factors potentially increasing a merged entity’s financial strength, in so far as evidence supports the existence or the likelihood of such subsidies. However, if there is no clear evidence of the existence of such subsidies provided by third countries, the RJB Mining judgement, contrary to what is claimed by the complainant, does not provide grounds for imposing a general obligation on the Commission in a merger control procedure to carry out an independent analysis – comparable to a state aid procedure under Article 88 of the Treaty – in order to establish whether financial measures extended by third countries are granted on non-market terms and therefore constitute subsidies. Any alleged inadequacies of the international procedures, such as the WTO procedures, are not relevant in this respect.”[3]

Perhaps going forward, the Commission will take a more aggressive line of enquiry given the change in tone identified in the Commission’s New Industrial Strategy for Europe.

The Commission identifies that foreign subsidies distortion is often coupled with a lack of reciprocal access for European firms to the home country markets of foreign, state-owned companies. In particular, EU procurement markets are mostly open to businesses from countries where EU companies are discriminated against or confronted with outright market closures. Therefore, the White Paper will also tackle the issue of access of foreign, state-owned companies to procurement markets and EU funding.  The Commission indicates that a swift agreement on the proposed International Procurement Instrument will also be essential to address lack of reciprocity and to give the EU further leverage in negotiations.

The Commission uses unusually strong terms when describing the shift from a linear economy to a circular economy due to the two transitional elements: ecological and digital, ‘These transitions will take place in a time of moving geopolitical plates which affect the nature of competition. The need for Europe to affirm its voice, uphold its values and fight for a level playing field is more important than ever. This is about Europe’s sovereignty.’ (Commission’s emphasis).  The tone is continued when the Commission identifies that ‘we must resist the simplistic temptations that come with protectionism or market distortions, while not being naïve in the face of unfair competition.’

As for EU competition rules specifically, the Commission identifies that ‘the Commission is currently reviewing the EU competition framework. This is looking at how current competition rules are applied, notably in relation to anti-trust remedies, and whether rules governing horizontal and vertical agreements and the market definition notice are still fit for purpose. It will also look at how to improve case detection and speed up investigations. The Commission will use the tool of sector inquiries in new and emerging markets that are shaping our economy and society.’

Consideration of these two announced future actions in relation to the drivers on the chemical industry identified in the article ‘How chemicals companies can remain customer-centric as sectors evolve’, suggests the following as regards the article’s identified key priorities:

①Nominally anti-competitive activity – for example an agreement in relation to data sharing and monetisation that contains restrictions – might face less regulatory headwinds (competition law) in the EU if the core of the activity is an environmental or digital goal.

③Collaboration between industry players, for example initiaties in relation to waste recycling, to achieve goals consistent with the EU strategy will likely face less regulatory headwinds from the competition authorities in the EU.

④Multi-industry collabortation, such as with the energy sector, will likely face less regulatory headwinds.

⑤The setting of industry norms, standards or goals relating to the environment through associations or informal groupings will likely face less regulatory headwinds.

⑥More EU and EU Member State funding is likely to be available for initiatives taken by the chemical industry as a whole or by individual industry players that are in tune and support the two key transitional drivers identified by the Commission: ecological and digital.

“The EU Commissioner for Internal Market is quoted as saying ‘Managing the green and digital transitions and avoiding external dependencies in a new geopolitical context requires radical change – and it needs to start now’.  This tone and urgency at the beginning of a new five year term for the Commission identifies there will be a change affecting the chemical industry”.