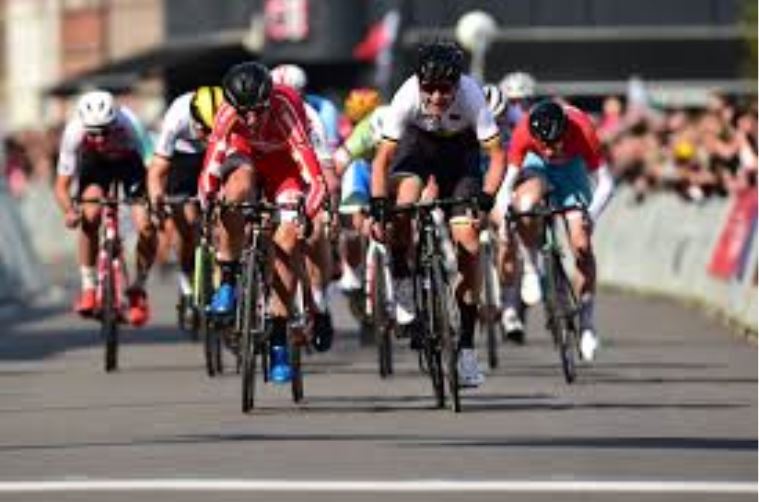 Probably the leading fundamental of the digital economy that remains far from addressed is what is the value of data.  On 4 June 2019 I published an article titled ‘Sharing data: the 4D competition law model to determining data value’.[1]  In it I identified that ‘who owns and controls data will be a critical pivot point’.  A recent development identifies that as the value of data becomes more tangible there will be challenges about who owns the data.

“Attitudes to data privacy and ownership will change as the value of data increases.  Companies that understand the future of data now, can position themselves to win”.

Global commercial cycling revenues are $600 million – compared to $8.2 billion for the USA’s National Football League in relation to American football (not to be confused with soccer), and $16.8 billion between just the five biggest European football leagues.  In November 2014 a new professional cycling organisation was created, Velon, that brings together teams that compete in professional cycling around the world. They came together to answer one critical question: how do we improve the economics of the sport?  Over the past few years Velon has been working with EY to both answer the question how do we improve the economics of the sport and build a deliverable that will help to address the issue.[2]  The solution was an EY data platform, which provides a broad capability for high-speed streaming ingestion, storage, cognitive analytics and artificial intelligence. Within the Velon project, this provided the backbone for building the aggregation and analytics functions for an app.

The recent development referred to above is the competition law complaint made on 20 September 2019 to the European Commission by Velon against the Union Cycliste Internationale (UCI).

The parties to the complaint

Velon is an organisation owned by 11 of the world’s top professional cycling teams[3], whose role is to promote the teams, in particular through the creation of an interface for cycling fans, using the latest technology and data analytics.  The interface is an app, called Velon and the broader VelonLive platform.  As Velon states, ‘VelonLive is a fan engaging digital content and live data platform which, over the last three years, has generated hundreds of millions of views and new engagements on Velon’s own channels and those of its partners. The massive amplifying effect of delivering this content to fans through the digital platforms of both Velon, its race partners and the Velon teams (and the other WorldTour and Pro Continental teams who partner with Velon), VelonLive offers the single biggest social media platform dedicated to the sport.’

UCI is the worldwide governing body for cycling. It develops and oversees cycling in all its forms.   It represents, to sporting and public institutions alike, the interests of 196 National Federations, five Continental Confederations, more than 1,500 professional riders and a million licensed competitors.

The allegation in the complaint

According to Velon’s press statement on the subject, ‘Velon has asked the European Commission to investigate the way the UCI has implemented existing regulations and sought to introduce new ones that are designed to favour the UCI’s business interests to the detriment of the teams.

‘In the past year the UCI has tried to stop what Velon and the teams have pioneered in their joint business on new races (the team v team “Hammer Series”) and technology. Velon and its shareholder and partner teams hoped and expected that its initiatives would be supported by the UCI, as had been the case in previous years. However, in the past 12 months the UCI has used its regulatory power and political leverage to seek to block the business activities of Velon and the teams in an incorrect and unlawful manner’ [emphasis added].[4]

The EU Commission will review the complaint and revert to Velon on whether or not it is minded formally to initiate an investigation.  The Commission seeks to make such communication within four months, so for the current matter in February or March 2020.  During its initial assessment the Commission may request additional information and will seek the views of UCI.  In undertaking its initial assessment the Commission will consider whether there is a potential case, whether the matter would be better handled by a national competition authority and whether there are sufficient grounds for acting.

It will be interesting to see whether the Commission regards this case as a complaint in relation to sports and largely a ‘commercial’ dispute between parties.  If so, the Commission would seem unlikely to initiate an investigation.  If, however, the Commission sees this as an opportunity to consider the subjects of data ownership and monetization potential, it might conclude that this is a good case to take forward.  The 4D competition law model to determining data value might be relevant to understanding where the value drivers are.

The three phases in the evolution of data valuation. We have already entered Phase 2.

In November 2019 Velon submitted an addendum to its complaint, alleging discrimination by UCI against women’s cycling events.  This is as a result of the UCI apparently refusing a Velon organised women’s racing event to be a UCI recognised event, and thus in the UCI official calendar of cycling events.  In its addendum Velon also requests that the Commission adopt interim measures, in accordance with Article 8 of the Council Regulation 1/2003/EC, requiring the UCI to amend its 2020 Calendar and allow a women’s race to be staged on 22-24 May 2020 as part of Velon’s Hammer Stavanger branded event.

“The value of data will be significantly sensitive to whether a data holder is deemed to hold market power (dominant position) and the extent to which the data is shared, voluntarily or by rule of law.  Market definition will be critical.  Companies that use the 4D competition law model to improve their understanding of the value of data now, can position themselves to win.”