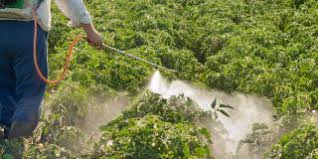 By their appeal, Agria Polska sp. z o.o., Agria Chemicals Poland sp. z o.o., Star Agro Analyse und Handels GmbH (‘Star Agro’) and Agria Beteiligungsgesellschaft mbH ask the Court to set aside the judgment of the General Court of the European Union of 16 May 2017, Agria Polska and Others v Commission (T‑480/15, ‘the judgment under appeal’, EU:T:2017:339), by which the General Court dismissed their action seeking the annulment of Commission Decision C(2015) 4284 final of 19 June 2015 (Case AT.39864 — BASF (formerly AGRIA and Others v BASF and Others)), rejecting their complaint concerning infringements of Article 101 TFEU and/or Article 102 TFEU allegedly committed, essentially, by 13 producers and distributors of plant protection products, with the assistance of or through four professional organisations and a law firm (‘the decision at issue’)

31 In accordance with the second subparagraph of Article 256(1) TFEU and the first paragraph of Article 58 of the Statute of the Court of Justice of the European Union, an appeal is to be limited to points of law and is to lie on the grounds of lack of competence of the General Court, a breach of procedure before it which adversely affects the interests of the appellant as well as the infringement of Union law by the General Court.

32 The General Court therefore has exclusive jurisdiction to find the facts, except in a case where the substantive inaccuracy of its findings is apparent from the documents submitted to it, and to evaluate the evidence adduced. The establishment of those facts and the evaluation of that evidence do not, save where the clear sense of the evidence has been distorted, constitute a point of law which is subject as such to review by the Court of Justice (order of 25 March 2009, Scippacercola and Terezakis v Commission, C‑159/08 P, not published, EU:C:2009:188, paragraph 33 and the case-law cited).

33 In addition, under Article 169(2) of the Rules of Procedure of the Court of Justice, the pleas in law and legal arguments relied on must identify precisely those points in the grounds of the decision of the General Court which are contested. Consequently, according to settled case-law, an appeal must indicate precisely the contested elements of the judgment which the appellant seeks to have set aside and also the legal arguments specifically advanced in support of the appeal, failing which the appeal or the relevant ground of appeal will be declared inadmissible (judgments of 23 April 2009, AEPI v Commission, C‑425/07 P, EU:C:2009:253, paragraph 25; of 19 September 2013, EFIM v Commission, C‑56/12 P, not published, EU:C:2013:575, paragraph 21; and of 6 June 2018, Apcoa Parking Holdings v EUIPO, C‑32/17 P, not published, EU:C:2018:396, paragraph 38).

36 In so far as the Commission argues that the appellants merely repeat arguments raised before the General Court, it must, subject to the observations in the preceding paragraph, be noted that the appellants have, in essence, challenged the interpretation or application of EU law by the General Court. In those circumstances, the points of law examined at first instance may be discussed again in the course of the present appeal. Indeed, if an appellant could not thus base his appeal on pleas in law and arguments already relied on before the General Court, an appeal would be deprived of part of its purpose (see, to that effect, order of 25 March 2009, Scippacercola and Terezakis v Commission, C‑159/08 P, not published, EU:C:2009:188, paragraph 36 and the case-law cited, and judgment of 23 April 2009, AEPI v Commission, C‑425/07 P, EU:C:2009:253, paragraph 24).

60      Secondly, it is true that, as the appellants argue before the Court of Justice, the latter has held that when the Commission evaluates the Union interest in opening an investigation, it is required to assess in each case how serious the alleged interferences with competition are and how persistent their consequences are and that that obligation means in particular that it must take into account the duration and extent of the infringements complained of and their effect on the competition situation in the European Union (judgment of 23 April 2009, AEPI v Commission, C‑425/07 P, EU:C:2009:253, paragraph 53 and the case-law cited).

The second ground of appeal – the appellants dispute the conclusion, in paragraph 83 of the judgment under appeal, that the Commission did not disregard the effectiveness of Articles 101 and 102 TFEU

83      In addition, in accordance with the settled case-law of the Court of Justice, which the General Court correctly referred to in paragraphs 80 to 82 and 84 of the judgment under appeal, it is open to applicants to bring actions before the national courts for compensation of the damage allegedly caused by the conduct the subject of a complaint, in order to obtain compliance with Articles 101 and 102 TFEU and to assert their rights under those provisions before a national court, in particular when the Commission decides not to pursue their complaint.

86      Thirdly, the appellants submit that the possibility of bringing an action for compensation before the national courts is not genuine and the General Court ought to have analysed the actual possibilities open to them of instituting proceedings before those courts.

87      As provided for by the second subparagraph of Article 19(1) TEU, it is for the Member States to provide remedies sufficient to ensure effective judicial protection for individual parties in the fields covered by EU law (see, to that effect, judgment of 27 February 2018, Associação Sindical dos Juízes Portugueses, C‑64/16, EU:C:2018:117, paragraph 34), and not for the Commission to make up for any shortcomings in judicial protection at national level by opening an investigation requiring considerable resources where the likelihood of finding an infringement of Articles 101 and 102 TFEU is low.

Third ground of appeal – the appellants submit that in dismissing their action and endorsing the decision at issue adopted without fully examining the case as to the substance, the General Court infringed the principle of effective judicial protection, the right to an effective remedy before a tribunal and the principle of sound administration

99      Thirdly, as regards the appellants’ argument based on the duration of the procedure before the Commission, it is important to bear in mind that since in an appeal the review by the Court of Justice is confined to the findings of law on the pleas and arguments debated before the General Court, a party cannot put forward for the first time before the Court of Justice an argument which it did not raise before the General Court (see, to that effect, judgments of 8 November 2016, BSH v EUIPO, C‑43/15 P, EU:C:2016:837, paragraph 43, and of 13 December 2017, Telefónica v Commission, C‑487/16 P, not published, EU:C:2017:961, paragraph 84).