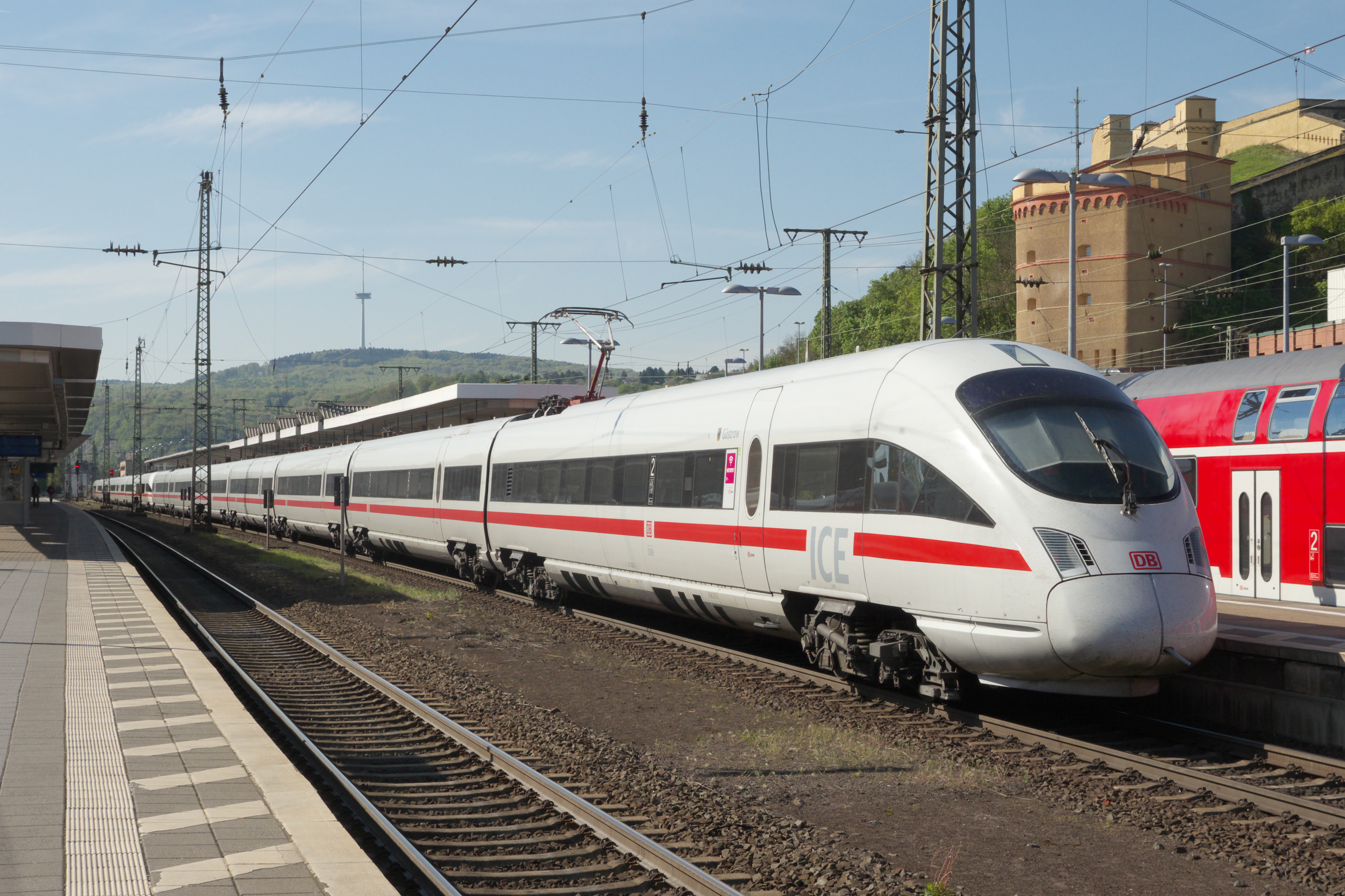 By their appeal, Deutsche Bahn AG, Schenker AG, Schenker China Ltd and Schenker International (H.K.) Ltd (together, ‘DB and Others’) ask the Court to set aside the judgment of the General Court of the European Union of 29 February 2016, Deutsche Bahn and Others v Commission (T 267/12, not published, ‘the judgment under appeal’, EU:T:2016:110), by which the General Court dismissed their action seeking annulment of Commission Decision C(2012) 1959 final of 28 March 2012 relating to a proceeding under Article 101 [TFEU] and Article 53 of the EEA Agreement (Case COMP/39462 — Freight forwarding) (‘the decision at issue’), in so far as that decision concerns them, and a reduction of the fines imposed on them in that decision.

The second ground of appeal, alleging infringement of Regulation No 141

27      However, the terms ‘transport’ and ‘transport market’, found in Article 1 of Regulation No 141, are narrower in scope than the term ‘transport sector’.

28      It thus follows from the wording of that article that Regulation No 17 does not apply to restrictions of competition which directly affect the transport services market.

29      This interpretation of Article 1 of Regulation No 141 is confirmed by the regulation’s third recital, which states that ‘the distinctive features of transport make it justifiable to exempt from the application of Regulation No 17 only agreements, decisions and concerted practices directly relating to the provision of transport services’.

30      In the light of those factors, a cartel relating to the fixing of the rates and conditions of the services provided by freight forwarders, whose activity consists in supplying, in one package, a number of services that are distinct from the transport operation in itself, is not excluded from the scope of Regulation No 17 by Article 1 of Regulation No 141 (see, to that effect, judgment of 24 October 2002, Aéroports de Paris v Commission, C 82/01 P, EU:C:2002:617, paragraph 18).

The third ground of appeal, relating to attribution of the infringement between companies of the same group

38      In the first place, as regards the Commission’s decision not to hold the former parent companies liable for their subsidiaries’ participation in the infringements at issue, it should be pointed out, as the General Court correctly held in paragraphs 142 to 144 of the judgment under appeal, that, whilst the Commission has a discretion concerning the choice of legal entities on which it can impose a penalty for an infringement of EU competition law (judgments of 24 September 2009, Erste Group Bank and Others v Commission, C 125/07 P, C 133/07 P and C 137/07 P, EU:C:2009:576, paragraph 82, and of 11 July 2013, Team Relocations and Others v Commission, C 444/11 P, not published, EU:C:2013:464, paragraph 159), it must nevertheless, when making that choice, have due regard to the fundamental rights guaranteed by the European Union, in particular the principle of equal treatment.

39      In addition, the Court has already held that, in the light of the discretion which the Commission enjoys, the fact that it holds a parent company liable for the conduct of its subsidiary which participated directly in the infringement does not imply in any way that it is also under the obligation to hold the earlier parent company of that subsidiary liable or jointly liable (judgment of 11 July 2013, Team Relocations and Others v Commission, C 444/11 P, not published, EU:C:2013:464, paragraph 160).

40      In the light of those factors, the General Court did not err in law in holding, in paragraphs 147 to 150 of the judgment under appeal, that the Commission could decide, in the exercise of the discretion which it enjoys, to hold liable also the parent companies of the subsidiaries that participated in the CAF cartel which, at the time when the decision at issue was adopted, were part of the same undertaking for the purposes of Article 101 TFEU, in so far as participation in that cartel could also be imputed to them, without however pursuing the former parent companies of those subsidiaries. In this respect, it should be pointed out that, as the General Court observes in paragraph 148 of the judgment under appeal, it is open to the Commission to take account of the fact that the expansion of its proceedings might add considerably to the work involved (see, to that effect, judgment of 24 September 2009, Erste Group Bank and Others v Commission, C 125/07 P, C 133/07 P and C 137/07 P, EU:C:2009:576, paragraph 82). Thus, the General Court cannot be criticised for having held, in paragraph 149 of the judgment under appeal, that the Commission, having taken into account the significant number of entities already taking part in the procedure, could decide to exclude the former parent companies without exceeding the limits of its discretion.

41      In the second place, it should be recalled, as the General Court does in paragraphs 160 to 162 of the judgment under appeal, that, by virtue of settled case-law, the statement of reasons required under Article 296 TFEU must be appropriate to the measure at issue and must disclose in a clear and unequivocal fashion the reasoning followed by the institution which adopted that measure in such a way as to enable the persons concerned to ascertain the reasons for the measure and to enable the competent court to exercise its power of review. The requirements to be satisfied by the statement of reasons depend on all the circumstances of each case, in particular the content of the measure in question, the nature of the reasons given and the interest which the addressees of the measure, or other parties to whom it is of direct and individual concern, may have in obtaining explanations. It is not necessary for the reasoning to go into all the relevant facts and points of law, since the question whether the statement of reasons for a measure meets the requirements of Article 296 TFEU must be assessed with regard not only to its wording but also to its context and to all the legal rules governing the matter in question (see, inter alia, judgment of 16 February 2017, H&R ChemPharm v Commission, C 95/15 P, not published, EU:C:2017:125, paragraph 18 and the case-law cited).

The fourth ground of appeal, relating to the value of sales to be taken into account for calculating the basic amount of the fine

51      Consequently, in order to determine the basic amount of the fine to be imposed in the present instance, pursuant to point 13 of the 2006 Guidelines, it was appropriate to take account of the value of the sales on the market for international air freight forwarding services, since the sales falling within the sphere of the infringements at issue were made on that market. The Commission was thus entitled to use the sales on the relevant market as the starting point for calculating the fines.

52      Accordingly, the General Court did not err in law in holding, in paragraph 245 of the judgment under appeal, that ‘it cannot be inferred from the fact that the Commission used the values of sales made in the provision of the freight forwarding services affected by the AMS, CAF and PSS cartels as the starting point for the calculation of fines imposed on [DB and Others] that the Commission treated those cartels as cartels designed to fix the final price of the freight forwarding services or to cover all competitiveness factors’.

56      As regards the complaints by which DB and Others contest the review of the proportionality of the amount of the fines in the light of the relevant facts which was carried out by the General Court in paragraphs 234, 235, 239, 258 and 259 of the judgment under appeal, it should be recalled that, in order to satisfy the requirements of Article 47 of the Charter of Fundamental Rights of the European Union when conducting a review in the exercise of its unlimited jurisdiction with regard to a fine, the EU judicature is bound, in the exercise of the powers conferred by Articles 261 and 263 TFEU, to examine all complaints based on issues of fact and law which seek to show that the amount of the fine is not commensurate with the gravity or the duration of the infringement (judgment of 10 July 2014, Telefónica and Telefónica de España v Commission, C 295/12 P, EU:C:2014:2062, paragraph 200).

1. Dismisses the appeal;
2. Orders Deutsche Bahn AG, Schenker AG, Schenker China Ltd and Schenker International (H.K.) Ltd to bear their own costs and to pay those incurred by the European Commission.