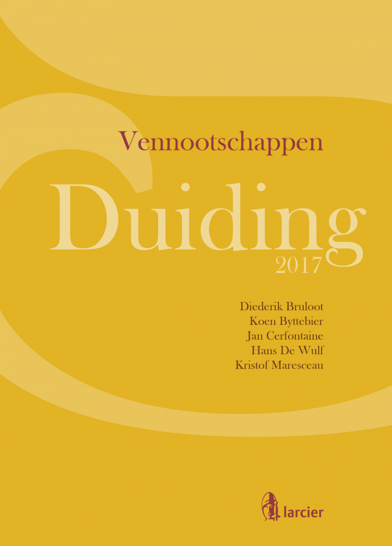 Tom Swinnen is one of the co-authors of the second (updated) edition of the annotated companies’ code “Duiding Vennootschappen” (previously known as “Wet en Duiding”) issued by the renowned publisher Larcier.

The annotated companies’ code provides for more than a mere explanation of the law, and includes useful references to relevant case law as well as many practical examples. The annotated code aims at making understandable company law to law practitioners not dealing with company law on a day-to-day basis.

Belgian company law currently is under reform. Although the political ambition is that the reform should be formally adopted in Parliament in the months to come, it is for sure that the entry into force of the amended companies’ code will be rolled out in phases and will cover a relatively long transition period. Therefore, the current companies’ code will remains applicable and relevant for a while making this second edition worthwhile.

The annotated code can be ordered with the publisher Larcier.