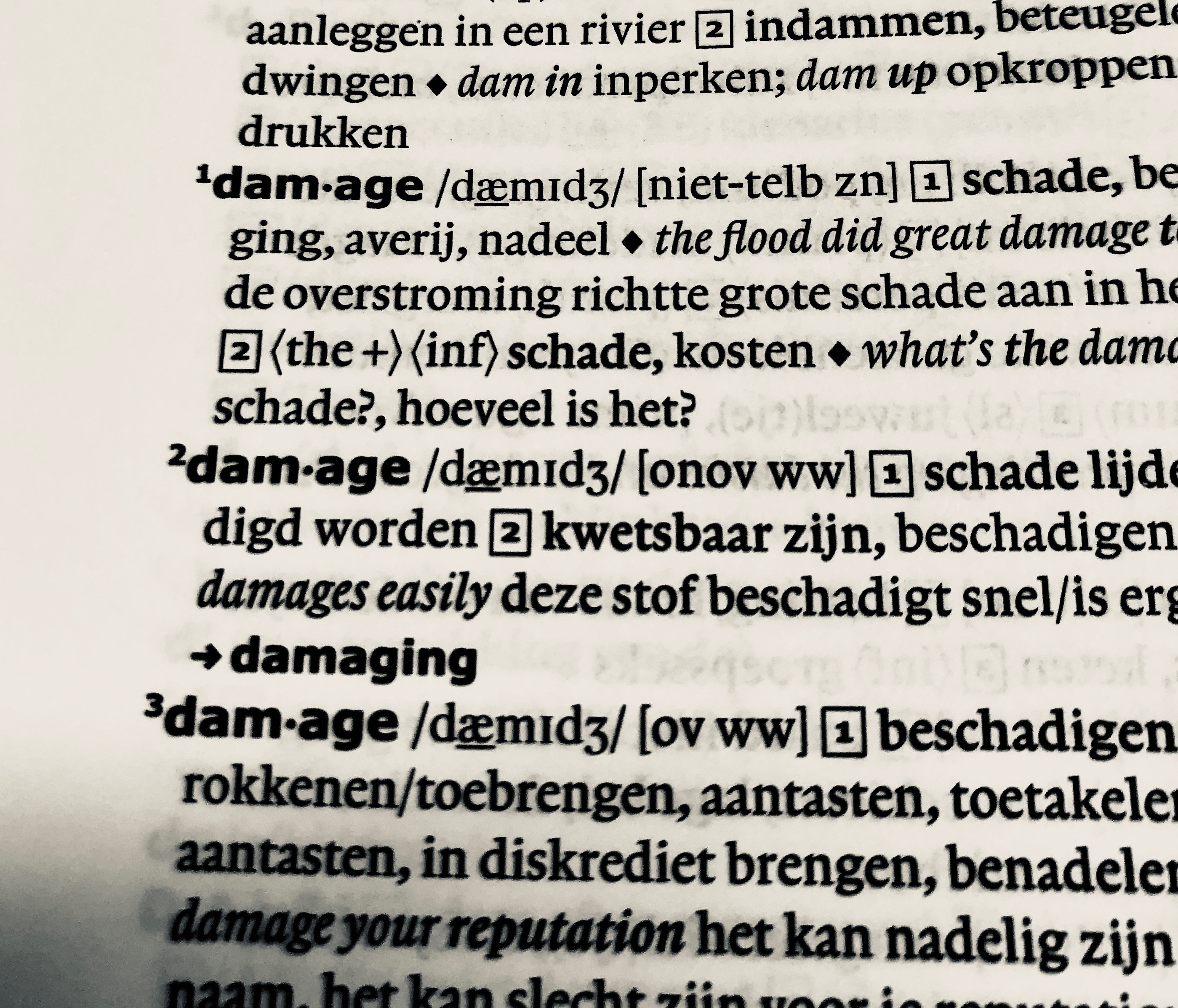 The definition of the term ‘damage’ (‘schade’ / ‘dommages’) in the event of a breach of the representations and warranties in a share purchase agreement is essential. In the absence of an explicit definition, general contract law does not define ‘damage’ for this kind of breach, which leads to legal uncertainty. Mere reference to the Civil Code can also lead to discussion. A clear contractual definition of the meaning of ‘damage’ is therefore recommended.

In the Civil Code, contractual damage is defined as follows:

“The compensation payable to the creditor generally consists of the loss he has suffered and the loss of profits he incurred, subject to the exceptions and limitations set out below.”

The aforementioned ‘exceptions and limitations’ are described as follows:

–        only damage that was foreseeable at the time of entering into the contract must be compensated (unless in the case of intent); and

–        the compensation only takes into account damage that is an immediate and direct consequence of the breach of contract.

Extra-contractual damage is defined in the Civil Code as follows:

“Every human act, which causes damage to another person, obliges the person by whom the damage was caused to compensate it.

Notwithstanding the existence of two separate legal provisions, the two concepts of damage have converged over the years as a result of doctrine and jurisprudence, and are interpreted today as follows: “the claimant must be placed in the condition he would have been in if the error had not occurred”. The claimant will therefore have to indemnify the claimant in full.

In principle, this definition includes indirect damage. Indirect damage is damage caused by the breach of contract, but is not a direct consequence thereof. For example, loss of raw material or additional personnel costs are considered indirect damage resulting from damage to a high-voltage cable (being the direct damage). Reputation loss or loss of revenue (lost profits) can also constitute indirect damage.

Finally, the damage can be patrimonial, moral and economic in nature.

Damage due to incorrect representations and warranties

Damage due to incorrect representations and warranties

In practice, as a definition of ‘damage’, reference is often made to the applicable articles of the contractual damage concept in the Civil Code. However, legal doctrine and jurisprudence have interpreted these articles in a way that does not correspond with the literal legal text anymore. Furthermore, account must also be taken of the fact that a breach of the representations and warranties does not in itself constitute contractual damage. It is therefore appropriate to include a clear definition of the concept of damage (see further under damage clauses).

Damage due to other violations of the share purchase agreement

Clauses in favor of the buyer

As a buyer, one benefits from the broadest possible definition of damage. Based on the broad concept of damage in contractual liability law, the following clause can thus be considered:

“Damage is the difference between the condition of the buyer and the condition he would have been in, if [the breach had not occurred or] the representations and warranties had been correct and accurate.”

Clauses in favor of the seller

As a seller, one can keep the aforementioned clause, but then stipulate which damage will not be compensated. Such a clause may look like this:

“Damage is the difference between the condition of the buyer and the condition he would have been in, if [the breach had not occurred or] the representations and warranties had been correct and accurate, excluding indirect damage, moral damage, reputation damage and loss of profit.”

Finally, we should mention that in a SPA, the seller’s obligation to indemnify the buyer is usually contractually limited by means of de minimis arrangements, a basket and a maximum amount (cap).